7 Sexiest Filipino Transgenders You Have to Know About

Lesbian Gay Bisexual and Transgender (LGBT) are getting more attention these days because of their aggressive and inspiring disposition. Filipino LGBTs are especially ingenious when it comes to beauty and fashion, and it has been proven and manifested by Filipino beauty queens who dominated the international spotlight in pageantry.

In the Philippine setting, there are various transgenders who stun everyone with their striking and flawless elegance. Check out these seven beautiful women who were actually born men.

A queen with only one title, Bee Urgello is the grand winner of Queen, a beauty pageant for alternatives in Cebu.

Queen Universe titlist Bee grew up in a conservative family, and she has to overcome struggles and win the hearts of her family as a transgender.

Another Visayan beauty Bembem Radaza is 2009 Ms. Amazing Philippine Beauty winner. She became a contestant for Super Sireyna Queen of Queens 2013 and also won the Best in Costume award.

Bembem is from Cagayan de Oro city, and she represented Philippines during the sixth annual Miss International Queen 2010 held in Pattaya, Thailand.

Also called the alter ego of actress Kim Chiu, Francine Garcia is the ultimate winner of Super Sireyna 2013, a pageant segment in a TV program of GMA Network, one of the biggest local TV networks in the Philippines.

She was rumored to be dethroned from her Super Sireyna title due to the claims of her nude photos circulating online; however, it was quickly dismissed by the Eat Bulaga management, the TV show that holds the competition.

Another Cebuana beauty is Maki Eve Mercedes or Maki Gingoyon. She won the 2010 Queen of Cebu competition and became a contestant in Queen for Super Sireyna 2013.

Maki took up BS Psychology but was not able to continue her studies. She worked in a call center previously and is now working as a digital online marketing director for a transgender dating site.

Beauty queen, dancer, and freelance model Mariane Arguelles Crisologo is considered one of the five prettiest in Manila in 2012 during the Manila’s Five Prettiest TM 2012 competition on June 23, 2012, held at PICC, Pasay City.

Mariane also joined the international competition for LGBT which is Miss International Queen in 2011, held in Pattaya, Thailand, with the theme about beauty and generosity, and she bagged the Miss Ripley’s Popular Vote award. 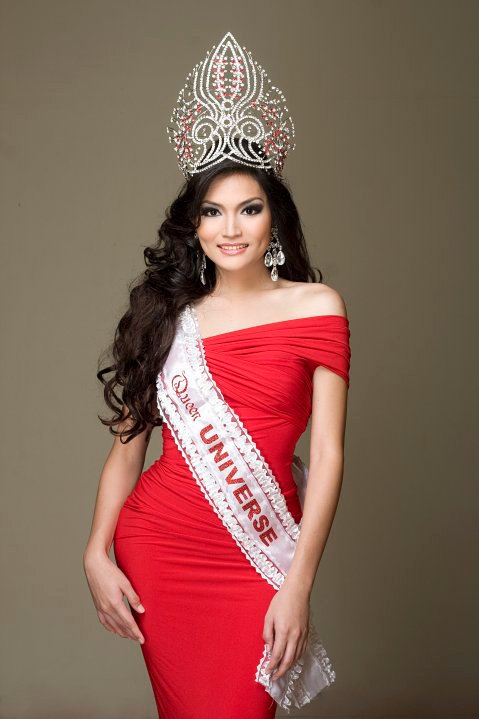 Kevin Balot is the first Filipino to win the Miss International Queen crown in 2012, which was held in Thailand. The only boy in the family, Kevin was expected to become an engineer, but instead, she became a beauty queen.

Kevin received a lot of offers to do a movie in Thailand. In the Philippines, she became the endorser of Finessa beauty clinic. She graced the pages of Preview magazine and appeared in a couple of TV commercials.

While some of the Filipinos are strongly against LGBT community, more and more Filipinos are starting to embrace their unique sexual orientation especially because they are highly expressive and competitive individuals as proven by these seven beautiful transgender.

7 Sexiest Filipino Transgenders You Have to Know About by Holly Bissonnette
TAGS: beauty pageants,filipino transgender,transgender titleholders

Sarah Meier Discloses How She Got Started in the Fashion Industry