Ten of the Top Makeup Artists in the Philippines

In the modeling industry, you will be working with different crews like fashion designers, hair stylists and makeup artists. Regardless of whether you are new or already a pro in the business, you need to work with these people. They they will help you achieve a perfect modeling portfolio, which will work as your passport into the industry. They will aid you in creating a lasting impression as a model, so you will make it big in the world of high fashion and modeling.

Makeup artists play a very big part in projecting your image as a model. Today, you will get to know the top makeup authorities in the country that you might be working with in the future. They are the experts that will give you the perfect look that will enable you to land a major modeling job.

Juan Sarte is a popular name in the world of entertainment. He started as a production assistant for local commercials and worked his way up to being one of the top makeup artists in the Philippines.

Known for his clean, fresh look technique, Sarte has worked on countless print and TV advertisements, editorials and concerts. He was a makeup artist for Avon, a global beauty company for women, and is known to be the favorite among famous celebrities like Iza Calzado. His editorial accomplishments include Sarah Geronimo’s front cover photo on the December 2012 edition of Preview Magazine, the iconic cover of Kris Aquino on the same magazine when she sported boy-cut hair and a tomboy floral suit ensemble. He was the makeup artist behind Marian Rivera’s and Dingdong Dantes’ pre-wedding video and he was also honored to apply the funeral makeup of the late President Corazon Aquino during her burial.

Known to be the authority in hair and makeup, Bambbi Fuentes turned his passion into a growing chain of salons all across the country. Bambbi was recently awarded as the Most Outstanding Salon Artist in the Philippines by Hair Asia and he considers working with superstars the highlight of his career. Bambbi was recently spotted doing hair and make up for Gelli de Belen, Kylie Padilla, Julie Anne San Jose and Gabbi Garcia. He was also the makeup artist of Neri Naig during her wedding to singer Chito Miranda.

He is also a favorite of Marian Rivera, who tasked him to transform her into a beautiful royal princess during her wedding on December 2014. Recently, he also styled the actress, when she gave an inspirational speech in Congress as an Ambassadress for Women and Children with disabilities.

The mother of one of the Philippines’ most successful models of all time and the only Filipino winner of the Ford Supermodel of the World Danica Magpantay, Lala Flores is a supermodel turned makeup artist, who has done numerous projects on TV as well as editorials and billboards. 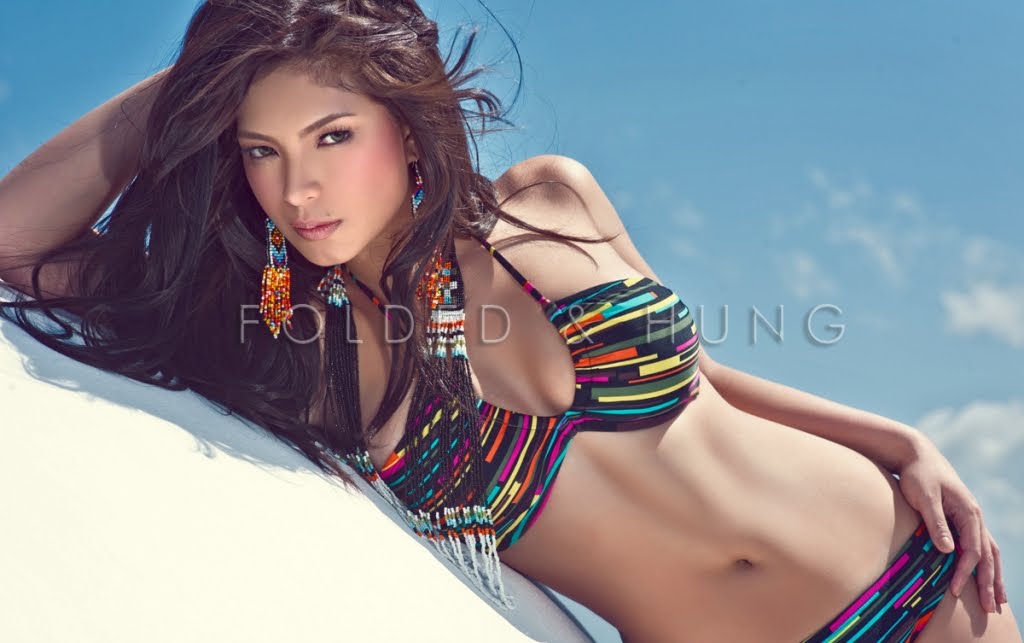 Albert Kurniawan is the chief makeup artist of NARS Philippines, a Shiseido-owned cosmetics and skin care company. He is the person behind such beautiful faces in the pageantry department as Arriella Arida, Venus Raj, Shamcey Supsup, Janine Tugonon and Miss World 2013 Megan Young.

He was also the makeup artist of Heart Evangelista during her wedding in February this year and made numerous editorials for celebrities like Ellen Adarna in Metro Magazine, Kim Chiu in Cosmopolitan magazine and Karylle in Metro Weddings.

She studied makeup artistry in California and became the chief makeup artist of Lancome in the Philippines. Her work can range from clean to ultra glamorous and her signature look is polished, feminine and defined up tilt eyes. 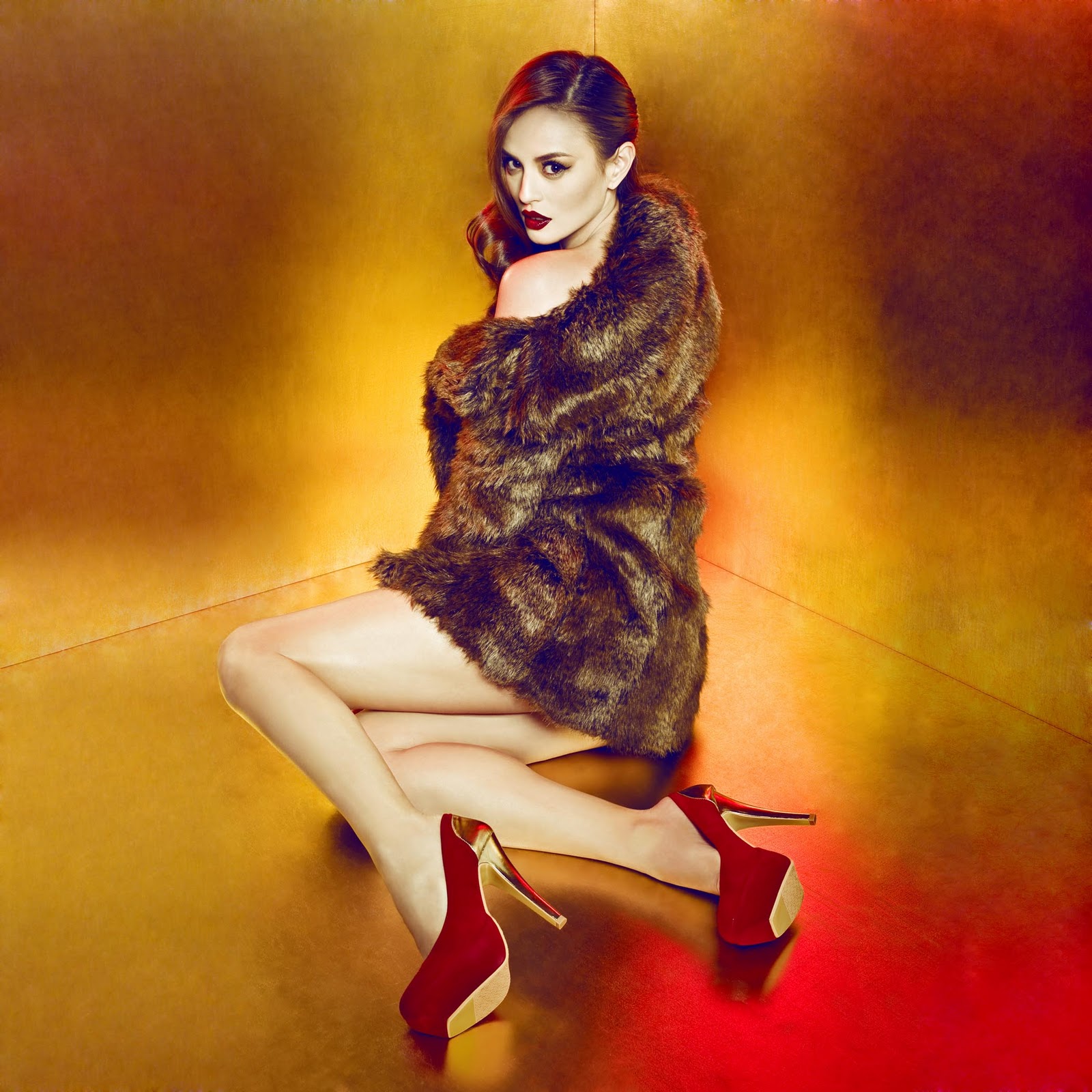 Iza Calzado, Ruffa Guttierez, Nadine Lustre and Andi Manzano are the latest celebrity muses of Gela . She was also the stylist behind Georgina Wilson’s gorgeous face in the TREsemme advertisement this year and she also styled Sarah Geronimo, when she graced the cover of Meg magazine’s March 2015 issue. 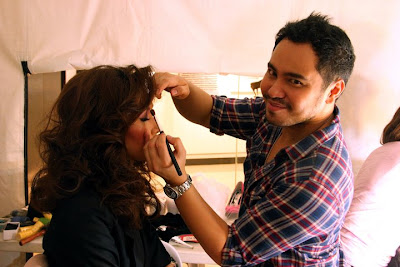 Anne Curtis’ favorite makeup artist, Robbie Piñera has been around in the makeup industry for over seven years. He is known to give celebrities a clear radiance, so they will look fresh, young and glowing. 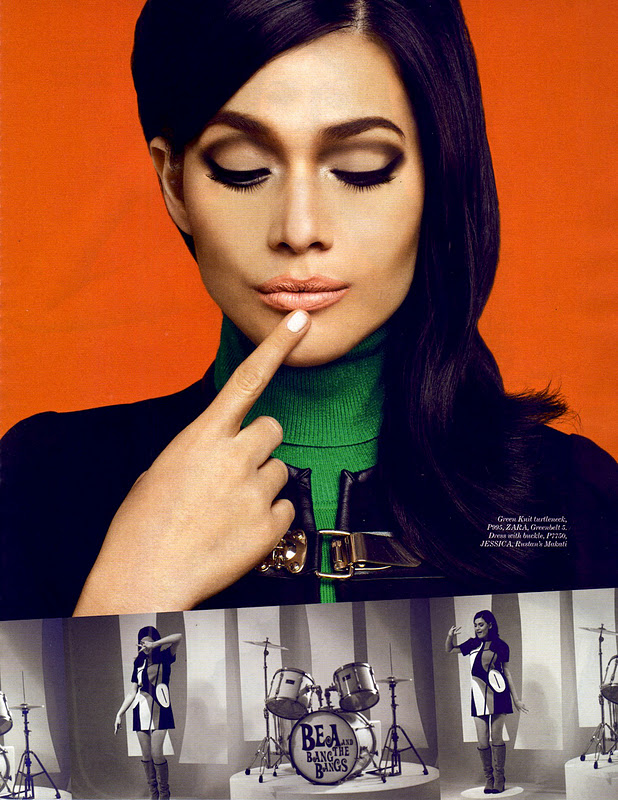 An alumna of De La Salle University  in Manila, RB Chanco is another local celebrity artist who became MAC Philippine’s senior makeup artist way back in 2000. She became a solo makeup artist in 2005 and now one of the popular choices in the entertainment industry because of her skills. 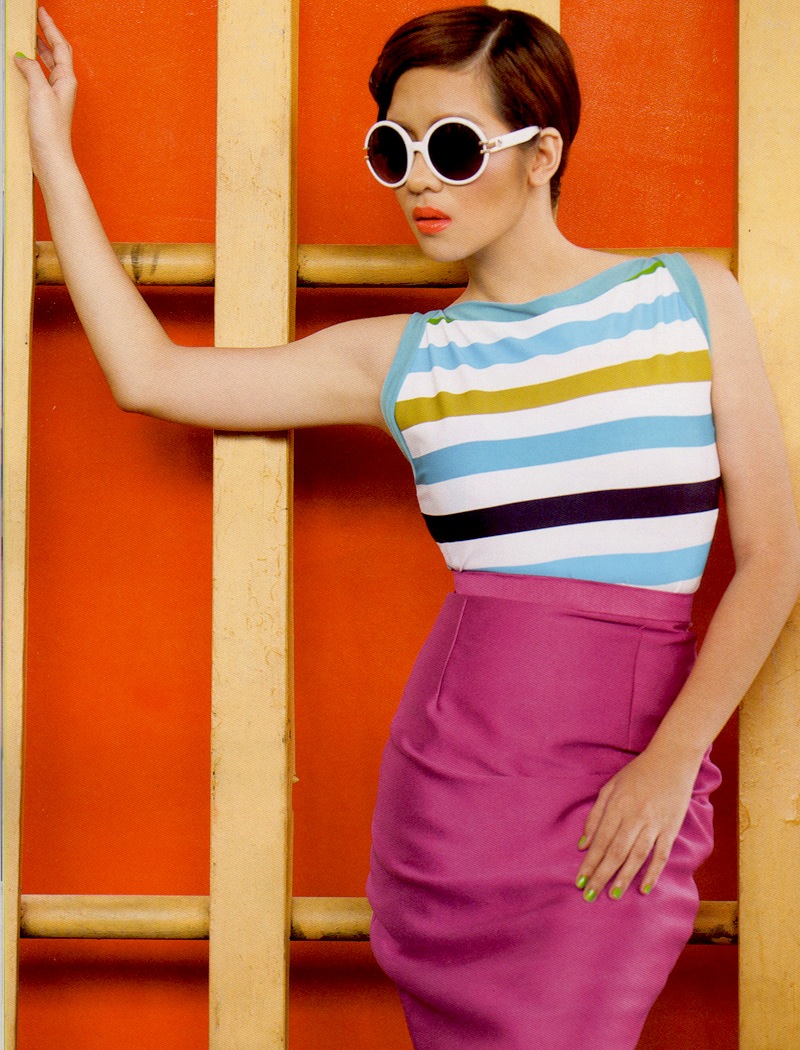 Kris Aquino’s finest makeup artist and Charo Santos’ choice, Chanco also made Alex Gonzaga shine during the launching of her album, styled Kathryn Bernardo and her mom on one of their photo shoots last month, turned Cesca Litton into a Gatsby princess in February and made Jane Oineza stunning on the front cover of Mega magazine earlier this year.

Mickey See is the chief makeup artist of Inglot cosmetics and has been in the industry for almost a decade. He is known for his smoky eyes effect, which is suitable for day and night.

He was one of the three makeup artists who won the Makeup Artist of the Year Award together with Lourd Ramos and Claire Diokno at the Intercontinental Hotel Makati oin August 10, 2010. He was also a guest judge last year in the local reality show, Mega Fashion Crew 3 Reloaded.

See is known as the artist who made Kristine Hermosa and Maricar Reyes beaming during their wedding day. His latest muse is the rising star of ABS-CBN, Liza Soberano for her newest hair commercial and for her Kashieca print commercial.

From a family of beauty experts, Galvez managed their family business, The Tony Galvez School of Cosmetology and was selected as one of L’Oreal’s Professional Techni Artists and Ambassadors. 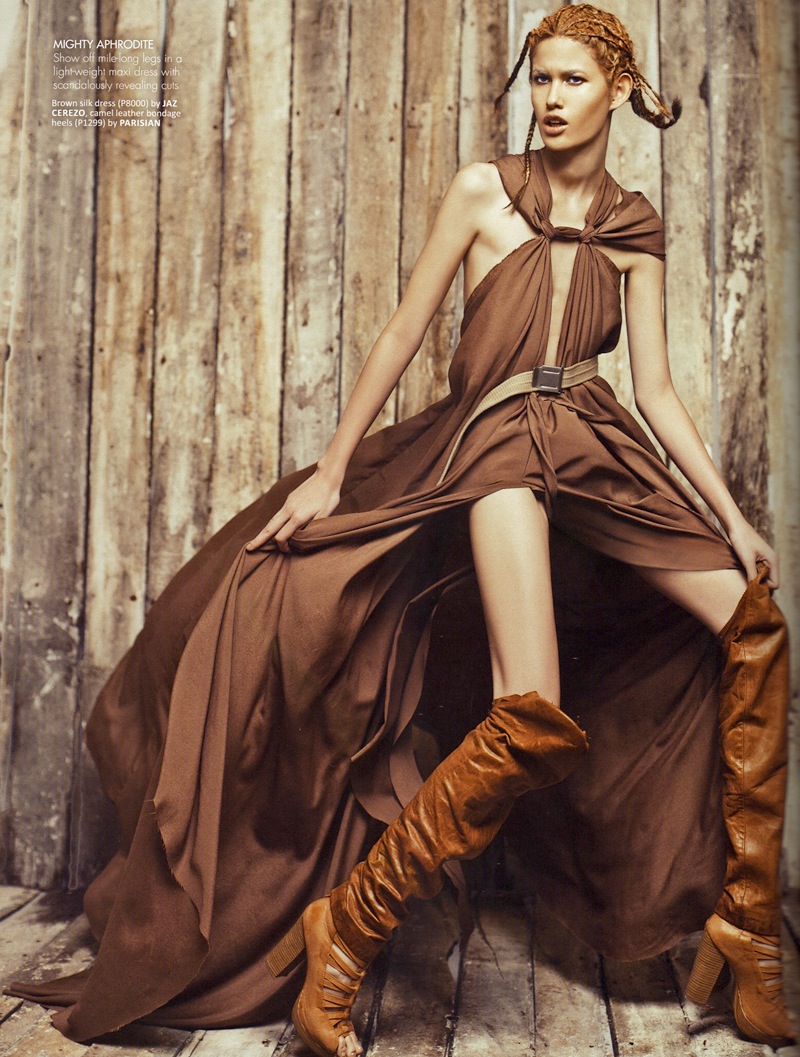 His regular celebrity clients include Kim Chiu, Rachel Ann Go and Divine Lee.  He was also the makeup artist of Katrina Halili during her story conference, Andi Eigenmann for her Posh Nails print ad and Iya Villana for her Watson’s Shop campaign.

Krist Bansuelo is another name associated with celebrity makeup artists. A former advertising creative director turned makeup artist, Krist is known to have done numerous covers for the country’s leading fashion magazines like Metro and Preview.

As a makeup artist who believes that the magic is in the brushes, he has a collection of makeup brushes and brush cleaners and branded it under his name. 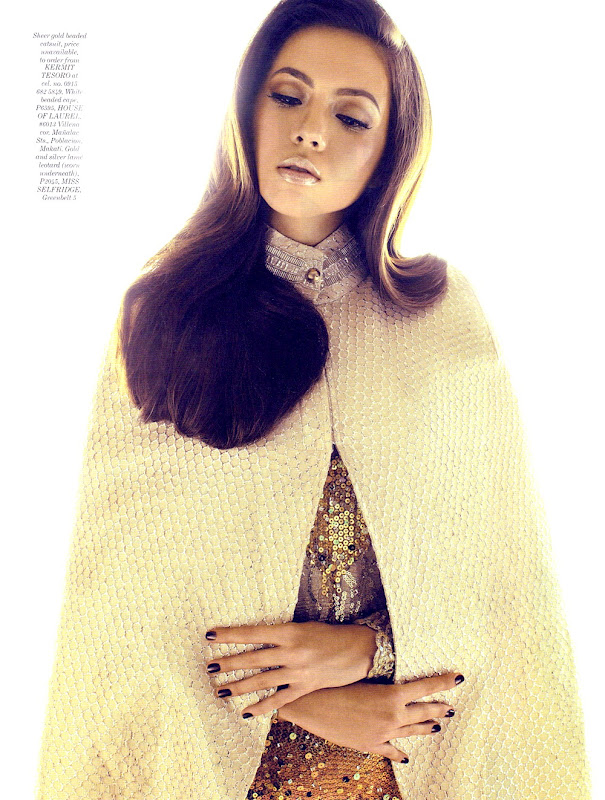 He is known for his editorial makeup in fashion magazines and he was the person behind the stunning wedding look of Jodi Sta Maria as Maya in the TV series, Please Be Careful with My Heart and Marian Rivera in Marimar. He also styled his favorite muse Erich Gonzales in her print ad for Robinson’s Department Store and Maricar Reyes for the same brand.

Other celebrities who had the opportunity to sit in his makeup chair so far this year were Toni Gonzaga, Bianca King, Bangs Garcia for the Star Magic catalogue 2015, Julia Montes for her Eskinol commercial and Rica Peralejo for Smart Parenting magazine’s January 2015 cover.

The list of talented Filipino makeup artists do not end here. Other artists who are equally skilled and artistic include Denise Go Ochoa, Jing Monnis, Ardel Teodoro, Cha Cuyong, Raf Manosca, Jackie Rivera, John Pagaduan, and many more. There is also Antonio Maximo, a Filipino-American artist now based in Los Angeles, whose clients include celebrities from Hollywood as well as from the international music industry.

Having only professional artists around you is what you need to put yourself in the map of modeling. Bring out your beauty, by trusting the expert touch of our country’s top makeup artists.

Ten of the Top Makeup Artists in the Philippines by Holly Bissonnette
TAGS: filipino,makeup artists

How to Build a Social Media Presence for Models